Plant a tree in memory of Patricia
An environmentally-friendly option 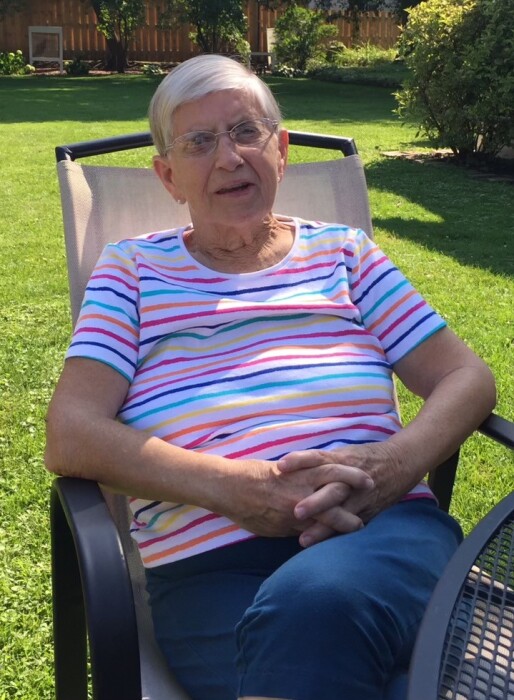 Born December 15, 1942 in Olean, she was the daughter of the late, William J. and Margaret McFall Julian.  On April 17, 1965 at the former St. Michael’s Church in Westons Mills, she married Edward J. Gardner, who survives.

Patricia was a graduate of Olean High School, class of 1961.  She had worked for Portville Central School in the cafeteria, and was a devoted housewife and homemaker to her family.  Patricia was a longtime member of the Olean First Presbyterian Church.

In addition to her parents, she was predeceased by one brother, William Julian.

Private graveside services will be held in Allegany Cemetery, Allegany, and at the convenience of the family.

Funeral arrangements are under the direction of the Guenther Funeral Home, Inc., 1303 E. State Street, Olean. If you would like to express a condolence, please visit, www.guentherfh.com.

Plant a tree in memory of Patricia by clicking here.
To send flowers to Patricia's family, please visit our floral store.

Plant a tree in memory of Patricia
An environmentally-friendly option

Plant a tree in memory of Patricia

2 trees planted in memory of Patricia

Mom... we love you & miss you very much! Planting a tree that will bloom each spring seems like a perfect tribute!
Michelle & family

A Memorial Tree was ordered in memory of Patricia R. Gardner by Michelle & family.  Plant a Tree

To the Gardner family,
To know Aunt Pat was to love her. She has a smirk that let you know an epic one liner was on the way. Her family gatherings in the back yard brought us together time and time again. Her memory will live on and her stories will be told. May those memories keep you going during this difficult time.

Our sympathies from the class of '61. Patty was a lovely person.

Aunt Patty was one of a kind, and was a big part of our family.  So many memories of parties with her barking orders at everyone.  LOL.  I am thinking of all of you and sending love...

"I had a wonderful Aunt, one who never grew old.  Her devotion to family was absolute, and her heart was pure gold."

A Memorial Tree was planted for Patricia R. Gardner

We are deeply sorry for your loss ~ the staff at Guenther Funeral Home, Inc.
Join in honoring their life - plant a memorial tree

Plant a tree in memory of Patricia